Is a New game mode added to the

It is a 25 Player free-for-all, last-man-standing mode.

Talk to Peach Nymph to teleport to The Kunlun Mountain.

You can apply to join in a similar fashion to showdown's by talking to The Battle Royale Master in the Peach Garden.

You will start with all tempers flasked 3 times.

Slot 4 will be a Random Slot.

Around the outside of the Map there will be troops that will not re-appear, use these for flasks and meat buns at the start.

How do I gain Exploit Points?

A Survival match is a 25 player free for all. You will gain Exploit Points as you damage enemies. And for staying alive

The Exploits will be displayed instead of K.O.s

The Following causes Exploits to increase.

Automatically increased per second by 1

Every 5 minutes, Exploits rate is increased by 1

Defeat another living player (Get a fixed K.O Point Value) And points equivalent to that person's own exploits.

The Following causes Exploits to decrease.

Retreat due to damage caused by NPCs or The Fire Wall.

Exploits while in the Transient State

Exploits will NOT automatically increase every 5mins

A New Display will be seen above the Points indicator. The Player Indicator.

This shows how many people are left in the Match!

You only get 1 life during the match, however when you are defeated its not over!.

Prepare to enter a Transient State

When you are defeated in Battle Royale you will return in a Transient State.

However your ghost will appear as an NPC.

While in the Transient State you can Attack and be Attacked by the living.

Same as Spirit Items. Depends on who you become.

This is NOT limited to Generals in the Scenario but also includes:

The Wall of Fire

The Wall of Fire Will Appear as time ticks on, and will slowly close in around you. This will Force all players into the Center of the Map - If you go through it you will slowly burn to death.

The Fire Damage is 2x Stronger than normal, Fire resistance items will have 0 effects, and it CAN kill you. 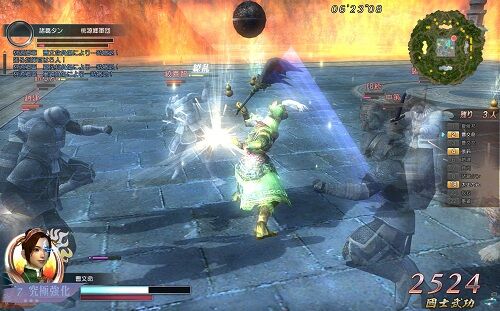 Pedestals can be found in the central area of the Map. They will spawn random items.

Chaos Soul - Changes you into any of the Transient forms above. (Not including Generals)

Musou Soul - Change into an Unrivaled General (Attack Power will be based on the transformed Weapon. When defeated a Musou Soul will drop on that spot, And can NOT collect Chaos Soul while transformed)

There are 2 sets of Ranking

1. Time Results (First will be displayed as "Conqueror")

The Rewards are decided by 3 Factors

Exploits - More Exploits you have the better your reward

Number of participants - 1 player or 25 (NPCs do NOT count)

ALL Participants will receive an item from the following ranges.

If there are less Participants the rewards will be lowered to match, this is to prevent farming.

Determined by the following -

Determined by the following -

Every 10,000 Exploit Points will earn you an Ant Head Coin.