The basic idea is to "climb" the Kunlun Mountains.

This consists of completing stages.

You will also notice that the flask wheel and UI will be pink while in the Kunlun Mountains. 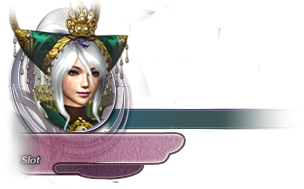 Every twenty stages you have the chance of coming across a special stage!

Nu Wa and Fu Xi missions are rare. You will have to look for specific objectives to see if the stage has a chance of being a special stage.

At the start of a special stage either Nu Wa or Fu Xi will talk to you and explain what they want you to do. Use this time to Flask, As the task given are not easy.

No problem! Select Break then head back to the Kunlun Nymph and select Resume. This will "Re-Roll" (change) the Objectives/Conditions. This can be done as many times as you like, until you are happy with the conditions.

Didn't get a Special Stage?

No worries ~ If you D/C during the stage and at the Kunlun Nymph Select Resume, you will keep your progress. The Objectives & Conditions for the stage will also be reset.

Things to look for!

Variant B. ~ Defeat/Capture X amount within the Time Limit.

So what will Nu Wa/Fu Xi ask me to do?

Not to worry. If you fail to complete the task in time, it's not all over right away.

You will only fail a Special Stage if the Time Limit of the stage reaches 0. This will also mean your climb up Mt. Kunlun is over, And you will lose any rewards gained.

So what do I get for my troubles?

So you completed a special stage. Well, depending on who gave you the task you will gain a mystical fabric ~ NOTE: To claim the fabric you MUST descend. If you continue to Climb and Fail, You WILL lose any rewards gained during the climb, including fabrics.

Mystical Cloths Come in 4 Levels 0 ~ 1 ~ 2 ~ 3, Each Level of Cloth can be Used to make a different level of Gear. The + you get is random depending on the Level of the Cloth you get. It is ALWAYS 100% Success rate.

The Gear is made Via Sewing Using a Loom.

Special stages introduced in Dragon Strike. You will have the chance to battle 1 of the Legendary Beasts in any stage number after Stage 21.

However you will ALWAYS Encounter A legendary Beast on Stage 4.

Click Here for a list of the Legendary Beast's you may encounter in your journey through the Kunlun Muntains.

Completing the tasks given during the stage will briefly stun and also weaken the God you are fighting momentarily. Here are the possible tasks that can be given for these particular missions:

The hardest part on some of these missions is you may have to run to more than one area to get the amount that you need to weaken the Celestial God. It takes time to complete some of these missions. However, if you ignore such missions...the Celestial God will eventually be further powered up and you may end up not being able to even get close to it due to dying from its ranged attacks.

The actual conditions may vary. You may or may not know if whether you will be able to fight the Celestial God or not. Sometimes, the God just appears right in the front of the starting point(at ally's supply base) and you can fight it immediately. Other times, you will have to wait for 2 minutes before the game gives signal on the whereabouts of the God. The worst case however, is when you approach to the assigned location, the God just all of a sudden disappears from the map and you end up unable to fight the Celestial God at all... In this case, the task will suddenly shift to get 2,000 K.O.s (even with 1 person). It is possibly the hardest mission to accomplish (mainly if done solo), especially if you did not bring a weapon for defeating troops...

Basically, these Legendary Beast missions are more designed toward multi-players missions. Solo is possible, but it can takes a really long time to complete it.

Although it is designed that Beating them by Either

A. Overpowering them or

B. Weakening them should take around 16 minutes either way.

When you discovered a God, it's position will be displayed on the Map (see Image) 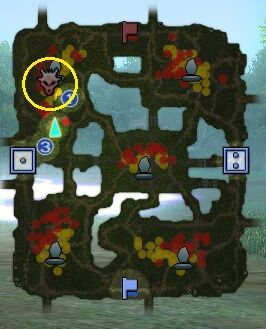 Qing Long The Blue Dragon~ of the East (Element Lightning)

Zhuque The Vermilion Bird~ of the South (Element Fire)

Baihu The White Tiger ~ of the West (Element Vorpal)

Xuanwu the Black Tortoise Snake ~ of the North (Element Ice)

Huang Long the Yellow Dragon ~ of the Center (Element Wind)

Talismans are used to Extend your Time in Mt. Kunlun. They can be found in Pots spread around throughout the various Maps. Below is a Picture showing all the Pot Locations for all the Maps.

As you climb you will notice under rewards a Coin is mentioned. Old Coins are the currency of Mt. Kunlun, there are various Coins and as you climb higher the type of Coin will change.

Old Coins can be swaped with the Kunlun Nymph for Items/Gear/Weapons.

To see which Coins and how many you need please check with the Kunlun Nymph. Her stock of Item/Gear/Weapons will change every now and then.

Kunlun Music can be found on the Music page, along with MP3 DL Instructions ^^ Enjoy

The following are the points gained or lost during the climb: